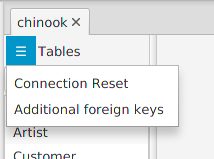 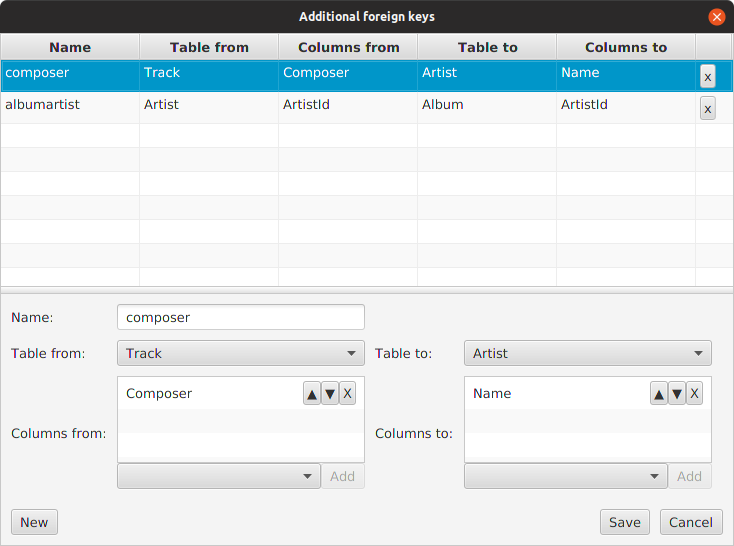 With this editor it is possible to add, change or delete the additional foreign keys. The editor is composed of:

It is possible to remove a row by clicking the X button on its right side.

The single item editor is composed on the follwing parts:

Every time something is changed in the single item editor, the relate row in the foreign keys table gets changed too.

To fill up the content of an additional foreign key you need to:

To fill up the fields on a column list;

The buttons on the bottom

To add a foreign key press the New button on the left bottom of the editor. A new row is added to the foreign keys table, with

After they are saved, the additional foreign keys are checked against the existing database foreign keys; if they match one or more of them, they are stored anyway (they are not harmful) but an error message is displayed in the log view.

Pressing Cancel the editor is closed without saving.

This page was generated by GitHub Pages.